Why Do Puppies Lick Themselves?

If it seems like your puppy spends the majority of its time fussing over themselves, licking chewing, and scratching, you might start feeling worried that something is wrong with your puppy.

To answer the main question of this article – why do puppies lick themselves? - We will look at the five following reasons dogs lick themselves so that you can understand your own puppy’s behavior.

Related Topic: Why does my puppy lick me at bedtime?

In this article, we will discuss puppy licking in the following contexts: 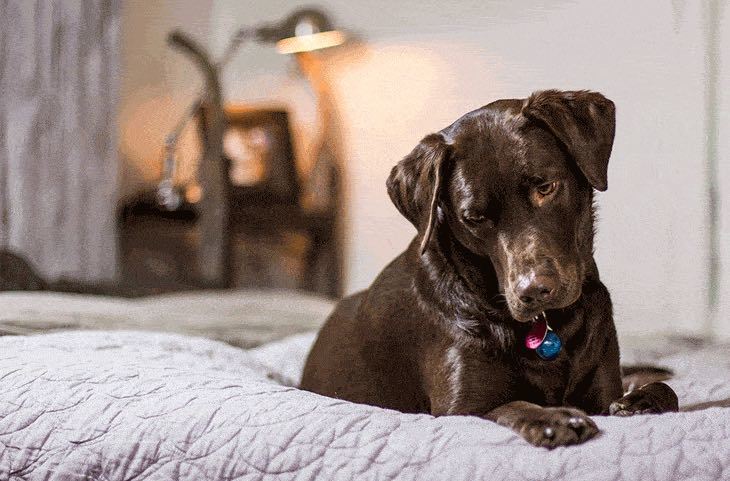 One of the main reasons that both pets and people engage in licking behavior is because something tastes good.

While we may reserve licking for actual edibles like lollies and ice cream, dogs and puppies enjoy licking any surface that they can get an enjoyable flavor.

Human skin that might taste salty or have food residue on it, which is especially true for babies and the sticky hands of older children, and then, of course, there is themselves!

Puppies love to lick themselves. Being less coordinated when they are young, it is likely for a puppy to get smeared with food or gravy from human leftovers on a plate if it was left out, and they got to it.

Related Topic: How often should you bathe a Shih Tzu?

If they have been rummaging through the garbage, they may come away with a variety of exciting smells and flavors on their paws and fur.

Perhaps they trod in something that smells great to them during a walk, and they are having a fabulous time chewing on their paws upon returning home.

Puppies find even the most disgusting things very desirable, for example, the feces or urine of other dogs or animals.

So if puppies lick themselves, it may well be because they think they taste delicious. It is leading us neatly into the next section – grooming. 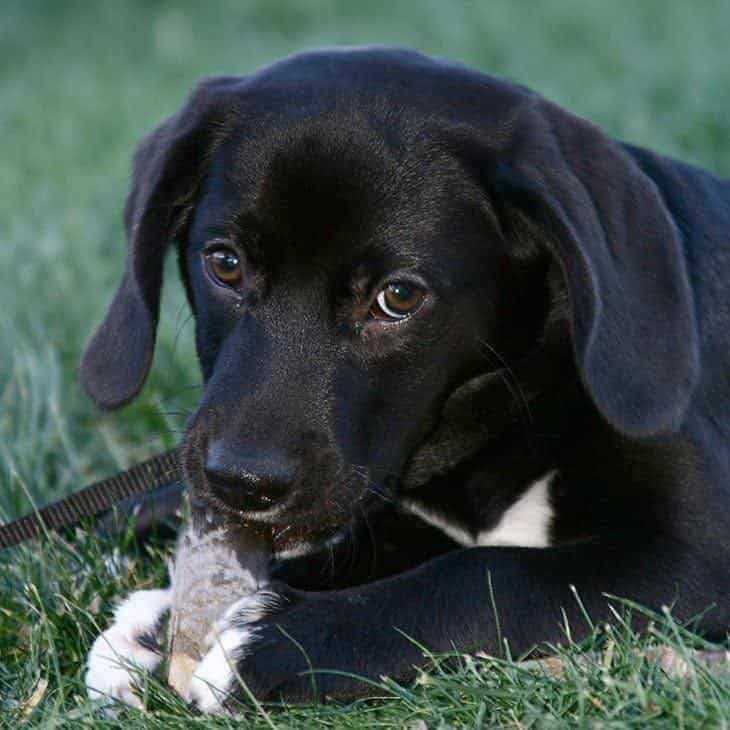 You might not think that your young puppy is particularly interested in its hygiene. Human babies certainly aren’t as they depend entirely on their mothers to take care of them.

Baby animals, however, tend to develop incredibly quickly and learn all of the necessary life skills they need to be healthy and survive before they leave the nest or the den.

Have you ever watched a little kitten grooming itself? The process is fascinating, as they are so thorough! They learn how to do this from their mother, and puppies are no different, although they don’t tend to be as efficient or methodical as cats.

Your puppy may not only be licking his fur because there is something tasty on it, but he may also be grooming in general. When you watch your puppy licking, try to observe where on their body they are targeting.

See Also: How to stop my new puppy from crying at night

If your puppy’s licking appears to be more localized, for example, they are licking and chewing a paw or a limb; this could point to an injury.

You should thoroughly inspect the area your puppy is licking to see if there are any clues as to what the problem could be. Here are the top 10 injuries according to pet.webmd.com

Injuries to look out for include:

Related Topic: Can I give my dog pepto bismo for upset stomach?

Dogs lick themselves when they are in pain or experiencing discomfort. The licking has a function. A dog’s saliva contains bacteria-killing enzymes.

The action of licking helps to clear away dead skin and dirt around a wound so that it doesn’t become infected, and the saliva helps to keep the area clean so that the wound can heal.

If your puppy is licking a wound excessively, this can be problematic, though, because they can end up continuously reopening the wound, preventing it from healing, or making the problem worse.

If you are not able to distract or discourage a young puppy or older dog from licking a wound, you can always fit them with an Elizabethan collar to give the injury the time and space to heal naturally.

If there is no apparent wound, the injury may not be visible. Your puppy may have bruised, sprained, or fractured something underneath the skin.

If the licking persists or you notice your puppy limping or not moving naturally, you should take your puppy to be checked over by your veterinarian. 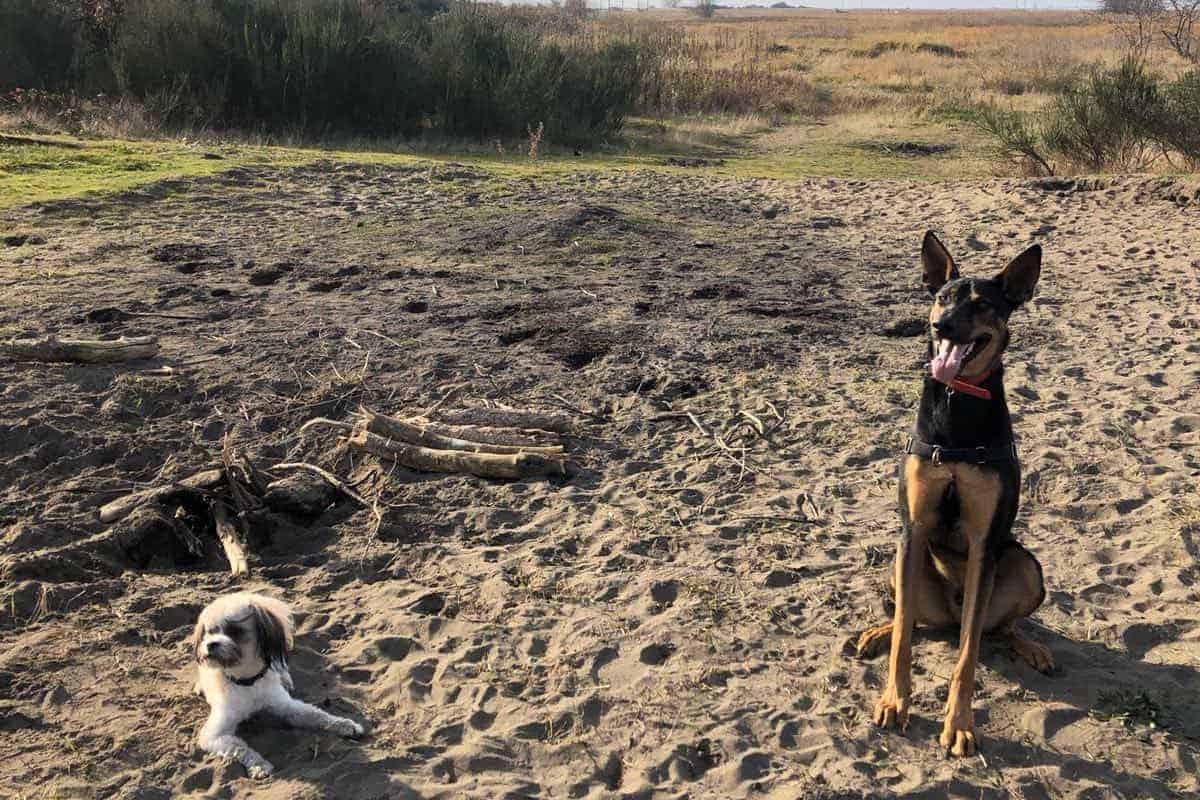 Excessive licking isn’t always related to an injury. When there is no injury or no sign of an injury present, but your puppy is licking the same spot compulsively, it could be a behavior that is occurring due to some anxiety.

Licking can be a very effective stress reliever for a dog. It is a relaxing and therapeutic activity that is probably associated with the feelings experienced when the puppy was in the litter, and the mother dog licked and groomed all of her pups to soothe and reassure them.

Try to take note of when you observe the licking behavior in your puppy. Have you noticed that your puppy started licking when nervous or insecure?

Perhaps your puppy has developed separation anxiety, and licking has become a way for them to deal with the fear and anticipation of you leaving the house without them.

You might think that licking is a healthy way to relieve stress. It certainly seems better than many other means, such as destroying the house, scratching, barking, and whining!

The problem is that the obsessive licking is only reinforcing your puppy’s anxiety. Instead of resolving fear, the licking is increasing it and making the problem much worse.

One of the ways that dogs, especially puppies, communicate with each other is through their body language. Licking is a very distinctive type of body language used to convey specific messages related to a submission.

If you see your puppy licking another dog’s muzzle, or they are licking you, or even licking and scratching themselves, they are probably trying to communicate one of these things:

If a puppy is licking themselves in the presence of other dogs or people, he is displaying some useful social skills by showing others that he means no harm and has no specific intentions.

The world of dog body language can be both fascinating and baffling at the same time, but it is great to learn more about it so that we can understand our pets better and provide for them what they need.

If your puppy is licking to the extent that you have noticed and are showing concern, then you should look into the issue further.

Hopefully, this article points you in the right direction, and you are closer to discovering why your puppy is licking itself.