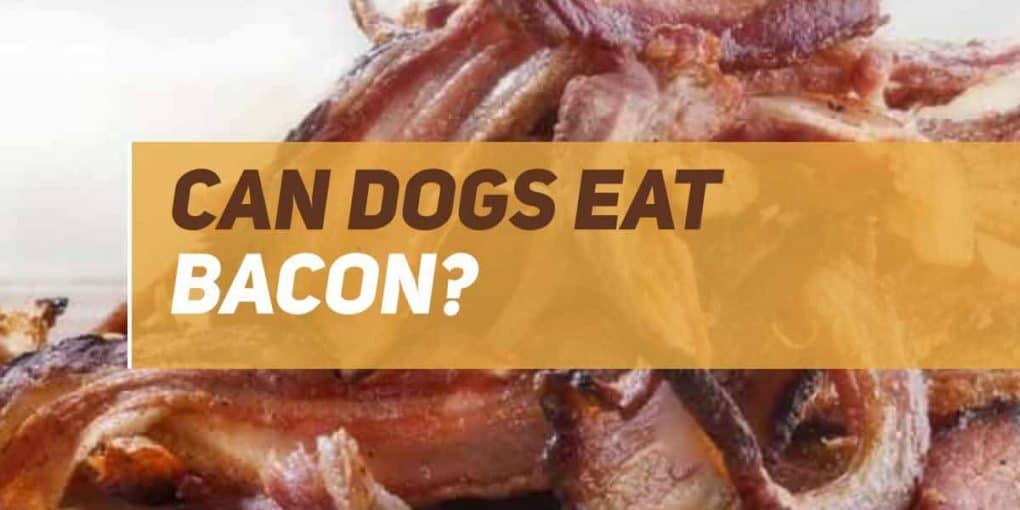 The smell of cooked bacon strips is something that your dog can't just resist. In fact, as the bacon strips start to fry on your pan, your dog would surely raise its nose and follow the place where the delicious smell is coming from.

And even when your dog has not yet discovered where that good smell is coming from, his or her mouth would inevitably start to water. In fact, the strong aroma of bacon is highly detected by the sensitive sense of smell of your dog even before the actual frying starts.

​Bacon must be well cooked and never given to your dog raw. Bacon is high in unhealthy fats and salt which can lead to pancreatitis or salt poisoning.

But even when bacon smells and tastes good to you and your dog it is essential that you should know in the first place that allowing your furry friend to eat bacon is generally not a good idea. So, instead of sharing this delicious meat to your favorite pet, just share it with your best buddy instead.

The reason is quite plain and simple. Rich, fatty and greasy bacon is not only harmful and unhealthy for humans but for animals as well. With continuous consumption of fatty meats such as bacon, it is more likely that your dog will suffer from a severe condition called pancreatitis.

Avoid Giving Bacon to Your Dog 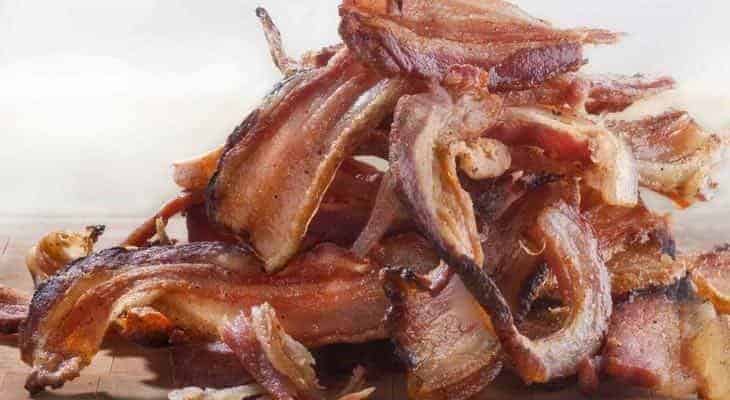 You might want to argue that it's just a little piece of bacon that you give to your dog. Well, that can be in many cases but are you aware of the fact that such kind of gestures can lead to sharing those small strips or pieces with your dog in a regular fashion?

The sad thing is that this can be very terrible for long-term health. Think smartly and intelligently. You should not give your precious pooch any fried bacon no matter how mouthwatering and delicious their taste is.

Of course, you want to be with your dog for an extended period of time, but bacon might be the cause of your precious pet's early death. You might find it hard and challenging to say no to your furry friend but being extra strong and decisive to do so can give both of you more years together. Just keep these things in mind: 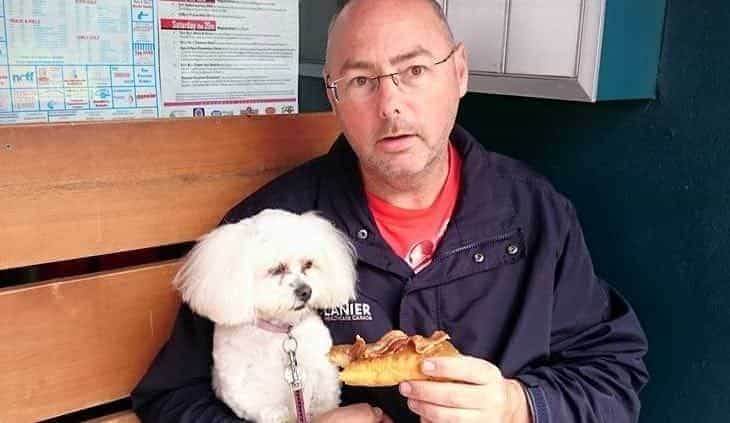 Rich, fatty and very greasy foods like bacon can be a very the potential cause of pancreatitis. Pancreatitis is a condition in which the pancreas becomes inflamed, thereby affecting its function as a whole. As a result, terrible health problems start to arise.

Feeding bacon to your dog does not necessarily mean that the food you are giving is rich. In fact, the food that you are giving to your dog puts his other legs into its early grave. Aside from the fact that pork or bacon can cause pancreatitis, dogs can also obtain and suffer from cancer due to its carcinogenic content.

Now that is quite scary, isn't it? Another important factor that you need to consider about bacon is that this kind of foodstuff contains high levels of sodium or salt.

Too much salt in the body of a dog can cause intestinal twisting and bloating. So, be sure not to make a mistake. An excessive amount of bacon regularly given to your dog can be harmful and detrimental to the overall health and wellness of your dog.

So, what are the most common telltale signs and symptoms of a dog that's suffering from pancreatitis? Here are some of them:

Thus, it would be tough to identify these signs as to whether they are caused by pancreatitis, food poisoning or drug overdose. In this regard, the best way to deal with these signs is to consult a vet.

Bacon Grease and its Relation to Your Dog's Health

The grease that comes from cooked bacon is even worse. The fat contains all those unhealthy fats, and they all come in concentrated form, clogging your pet's arteries.

As health experts often say, any food that contains excessive grease is not good for the heart. Your dog may find it hard to resist the temptation of sniffing and eating bacon, but you have to take note that a good pet owner or parent will not in any way allow his or her beloved dog to have a taste of this delicious meat.

Do Not Nourish Your Dogs with Nitrites

Whether cooked or raw, hopefully, you have agreed that bacon is generally not a right type of food for your dog. Wasn't it mentioned that it can cause stomach trouble like diarrhea?

Aside from that, the meat may also contain worms, bacteria, and parasites. But you might want to say that bacon is commonly cured and processed. Well, that is one of the horrible sides of bacon.

The curing of bacon often involves the chemical compound used, and these include nitrites and other types of food preservatives. Aside from cancer, such components can also cause severe problems in your pet's liver and kidney. They can also cause heart damage and other forms of cardiovascular problems.

No matter how interested your dog is to the smell and taste of bacon, never ever allow your dog to have even just a single bite on it. To help you get by with the excruciating difficulty of not giving your beloved dog what he or she likes, think of all the consequences, especially pancreatitis.

Strips of bacon are really palatable and tasty but giving them to your dog can really create havoc in your pet's health. Instead of providing your dog such a fatty treat, opt for dog treats that are low in cheese and fat instead. This way, you will never ever have to worry about having your dog getting sick.

Please leave a comment or question below. I look forward to responding to your comments. Don't forget to share the article with your friends and loved ones too. 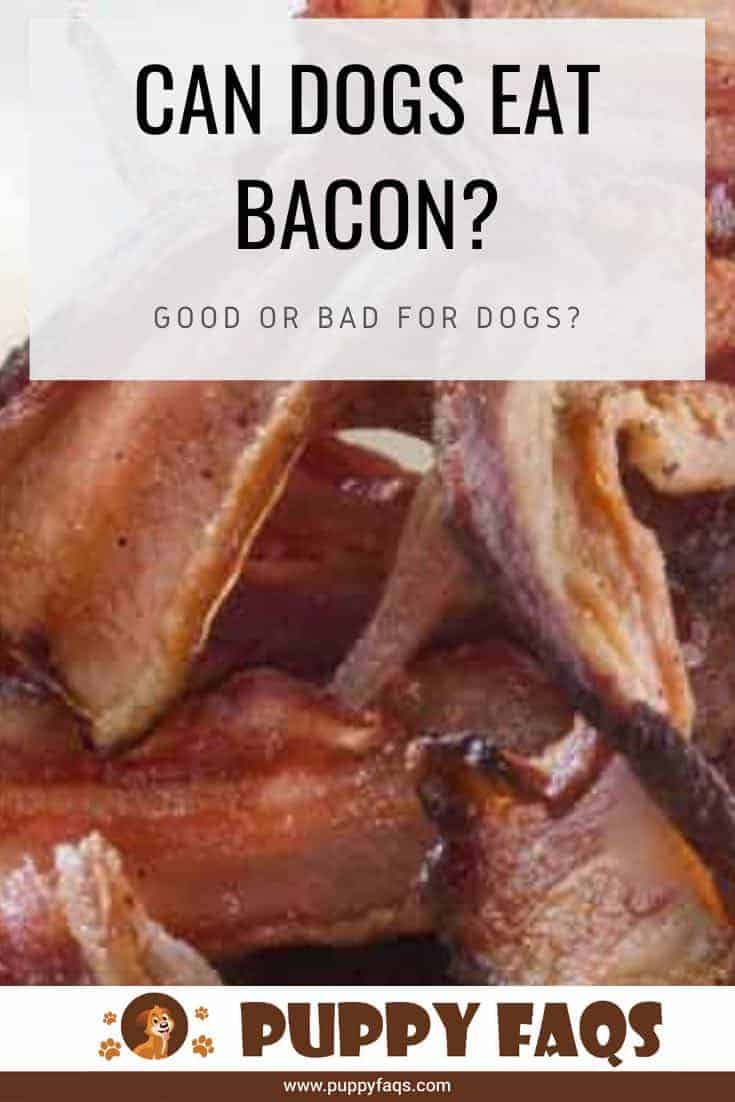 Why Do Dogs Eat Grass? What You Need to Know!